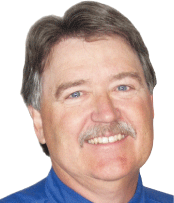 For economic conditions to improve in Tucson and Pima County, only one thing matters: jobs. But from where?

We already have too many university and government jobs. Manufacturing diversity is weak. Real estate is in tatters. It could be 2015 before the housing debacle heals.

For job growth, Tucson trails the nation and the state. For 2011, the metro area is poised to be the only Arizona region not to gain jobs. According to Moody’s, Tucson will be one of the last cities in the entire country to recover from The Great Recession.

Around here, meaningful job growth is a fantasy. Developers are vilified by enviros and NIMBYs. Copper mines and corporate profits are characterized as filthy free enterprise. To open a low-wage burger joint, the cost of permits is equivalent to funding a government worker’s pension for a year.

Sad to say, the nation’s economic recovery has bypassed Pima County. The upturn will come about the time the Wildcats play Ohio State in the Rose Bowl.

Forever lost are many jobs. Staggering uncertainty about the future has changed the economy’s fundamentals.

These uncertainties include more regulation. City and county officials continue to send anti-business signals. Plus, what will ObamaCare really cost?

Supply-demand fundamentals are out of balance. Sluggish sales create no jobs. Future demand is uncertain as costs rise for energy, materials, taxes and soon, inflation. That’s why businesses are hoarding cash and not hiring.

Tucson’s labor forecast is dismal. For the entire state, jobs are expected to grow a pathetic 0.7 percent in 2011. Tucson got a zero. The most growth will be in overburdened taxpayers and underemployed workers. That’s no way to keep well-educated young people in town.

The state’s labor analysts say Arizona’s economic downturn began in 2007. For Tucson, their most current data (through May) shows:

Then there’s government. To be clear, the state and feds define this category as all local municipalities, universities, local school districts, and other sectors like the post office thrown in.

Add it up: the damage in the private sector is 39,600 jobs lost. That’s almost 40 business jobs cut per one job cut in government.

People move to where the jobs are, but that business concept conflicts with the leanings of many political officials. Their attitudes toward economic development haven’t really changed despite the despair caused by unprecedented unemployment.

This recession is different, driven by debt. The housing collapse crushed mobility. Unemployed workers can’t afford to sell their homes to move to better labor markets.

To survive the economic uncertainty, many companies have reorganized around technology, outsourcing and the disposable worker. Workers are added as needed, then let go until needed again. Plus, they are working harder and smarter for less money.

Many pre-recession jobs are lost forever, replaced by just-in-time disposable workers. At 40 to 1, the odds are stacked against the business community.

Contact Roger Yohem at [email protected] or (520) 295-4254. His Business Ink appears biweekly and weighs in on local political, social and business issues.