A wide assortment of business and construction organizations have banded together with law enforcement and governmental agencies to combat the problem of metal theft in Southern Arizona. 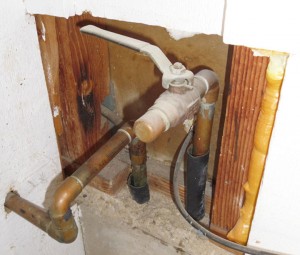 Originating with the Metropolitan Pima Alliance (MPA), the Metal Theft Task Force now has more than 110 individual members and 12 organizations represented, as well as representatives from law enforcement in Pima County, Tucson, Marana, Oro Valley and Sahaurita, according to Amber Smith, executive director of MPA.

“As the cost of copper has tripled and costs of other metals have doubled, thieves have found those metals especially attractive as materials to be stolen,” Smith said. “Metal theft is a $1 billion problem nationwide, and the city of Tucson has reported being negatively impacted this year by $2 million in property and assets damaged by copper and other metal theft. Across the state, it’s a multi-million dollar problem.”

Lt. Tom Earley, of Tucson Police Department’s property crimes division is coordinating his department’s participation in the task force. Earley confirmed the $2 million in material value stolen through June of this year in the city, but noted the total value actually is higher.

“That’s the value of the materials stolen as reported by the victims,” Earley said, “but doesn’t include the actual cost of returning the property to its original condition. There might be a value of $2,000 put on copper wire stolen, but the cost to repair any damage done to the property when it was ripped out, as well as replacing it with new copper wire would be much higher.”

Ramon Gaanderse, executive director of the Tucson Utility Contractors Association (TUCA), said many of his group’s members and suppliers have been hit by metal thieves.

“A lot of our members do water and sewer work and have had supplies stolen from their yards and also from construction sites,” Gaanderse said. “They’ve even stolen those large metal plates that are put over a temporary construction hole in a roadway. Thieves show up with a van or truck with a winch on it and take the plate away in the back of the vehicle.”

Gaanderse said TUCA would like to see legislation “with teeth behind it so we can actually prosecute the thieves and levy hefty fines.”

“Copper is the most valuable and available to thieves,” he said. “They’re stealing it from street lighting and signs, and from construction yards and sites.”

Scrap dealers have had to spend a lot of money to prevent theft from their yards, as well as to meet state and local regulations regarding the sale of scrap materials.

“Recyclers are required to have high intensity cameras that record a vehicle, the individual seller and the items being sold,” Heirshberg said. “If it’s a commercial company registered with the scrap dealer, the dealer keeps the names of employees on hand who are authorized sellers. If it’s an individual, we get a driver’s license, record it electronically along with fingerprints, and a statement of ownership from the seller.”

Heirshberg noted that state law requires a recycler to send a check to an individual seller’s home, rather than paying cash, for any items (except aluminum cans) that exceed $300.

“As an organization, the Task Force advocates reducing that figure to as low as $25,” he added.

Smith said that working on legislation is only one portion of the Metal Theft Task Force’s efforts.

“We have three goals: Education, electorate and enforcement,” she said. “We have an education committee putting together a campaign about calling 911 or 88 Crime to report any kind of metal theft so local law enforcement is aware of the situation. We’re also trying to raise money for 88 Crime to allow them more resources to deal with the issue.”

On the legislative front, the task force is working on a measure that would reduce the amount of money that can be paid in cash for scrap materials. The group also would like legislation that would include the value of repairing property damage as part of restitution when a metal thief is apprehended. Such a change could also mean making the crime a felony, rather than misdemeanor as it is currently.

Jim Kuliesh, president and chief operating officer of the Alliance of Construction Trades, noted that state Rep. Ted Vogt, R-Tucson, has been working with the Metal Theft Task Force to craft legislation that would accomplish those goals.

“Copper theft has been a major problem in the construction industry for a number of years,” Kuliesh said. “Thieves have been stealing plumbing, electrical conduit and air conditioning units. Having stronger legislation to deal with the problem would be a great help.”

As for the enforcement goals, the task force is encouraging the cooperating law enforcement agencies to create their own internal task forces to deal with the problem.

“We want to make sure law enforcement has the resources it needs to accomplish their goals,” Smith said. “They have been very helpful in working with us on this issue.”

Earley noted the Tucson Police Department ran an undercover operation in June that found dealers were not complying with regulations about half the time.

“We think most of that non-compliance was unintentional where people did not know what the law requires. So we’re in the process of providing education to metal recyclers and scrap dealers about the law’s requirements before focusing on enforcement,” Earley said.

That education is part of the Tucson Police Department’s Metal Theft Reduction and Apprehension Plan, which Earley said focuses both patrol and detective resources on the problem.

Smith said she expects there will be a public event next month where local mayors will endorse the task force’s efforts and condemn metal thefts.

“We also hope they will be able to pass resolutions supporting our legislative efforts to deal with this problem,” she said.